A midwinter run to Yass – brisk, bright and breezy.

Thirty-five bold members, family and friends turned out for the run to Yass, taking the scenic route via Uriarra Road, Mountain Creek Road and Wee Jasper Road. It’s always good to see the variety of historic vehicles that CACMC maintains and enjoys as they should be enjoyed – on the road.

The plucky Morris Major Elite that Vin Liston drove on this same run three years ago was there again this time, with its happy new owners Helen and John Furlan. Here it sits at the rendezvous with Gerry and Kay Walker’s MX5 and Neil Buttriss’ Humber Vogue Sports. 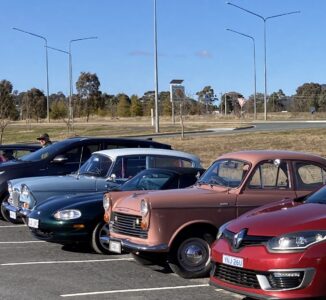 Ray Hall marked her first outing on L-plates by driving Dad Geoff’s 1963 Fiat 1500 to the rendezvous. Congratulations to Ray on starting her driving career on a manual transmission, giving hope for the long-term future of clubs like CACMC. 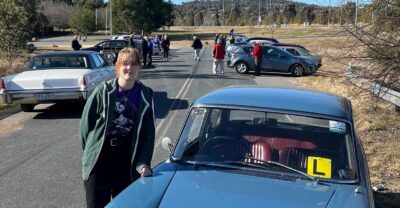 Guy Langford’s 1932 Triumph Scorpion came topless, with Guy making a quick trip back home to collect some even warmer headgear. The Triumph kept up a good pace, even on the steep hilly section of Wee Jasper Road that climbs up from the Murrumbidgee just north of the Taemas Bridge. 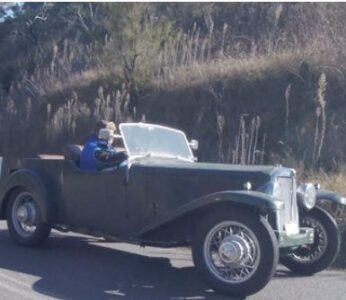 We were a bit early in the season for the wattle blossoms, but a few patches of Cootamundra were showing colour in some bushy stretches west of the Murrumbidgee. Here the Scorpion chases Geoff and Laurie Fiddian’s 1985 Mercedes 190E up from Uriarra Crossing. 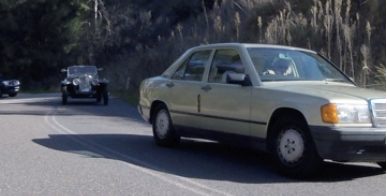 By contrast, John Liston’s “new” 1991 Pontiac Firebird TransAm looked ready to sprint at least into the next state. 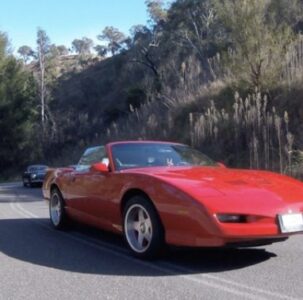 At Yass, people went in several directions – not lost, but taking different lunch options. About twenty were at the Soldiers’ Club, where we were at last able to hand over the trophy awarded some months ago to Phil and Fay Cancillier for their “Best American Marque” 1939 Buick Business Coupe. Good to have the Cancilliers back in company after some health issues. 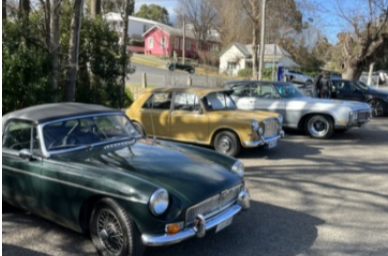 Thanks to Geoff Hall for most of these photos.