The annual National Motoring Heritage Day, mid-May each year, is patchily observed by different State and Territory heritage motoring bodies. In ACT it is up to individual clubs to make what they will of it.  This year CACMC decided to combine  a display run through popular public areas of Canberra with a lunch event for the presentation of annual club trophies for  achievements in heritage vehicle restoration.

Geoff Hall’s video of the run can be viewed here for shots of more vehicles, more locations, and demonstration of windscreen wipers that work in the rain!  Thanks to the Hall and Murphy families for the photos in this report.

See also some additional shots in The Colonial – June edition. 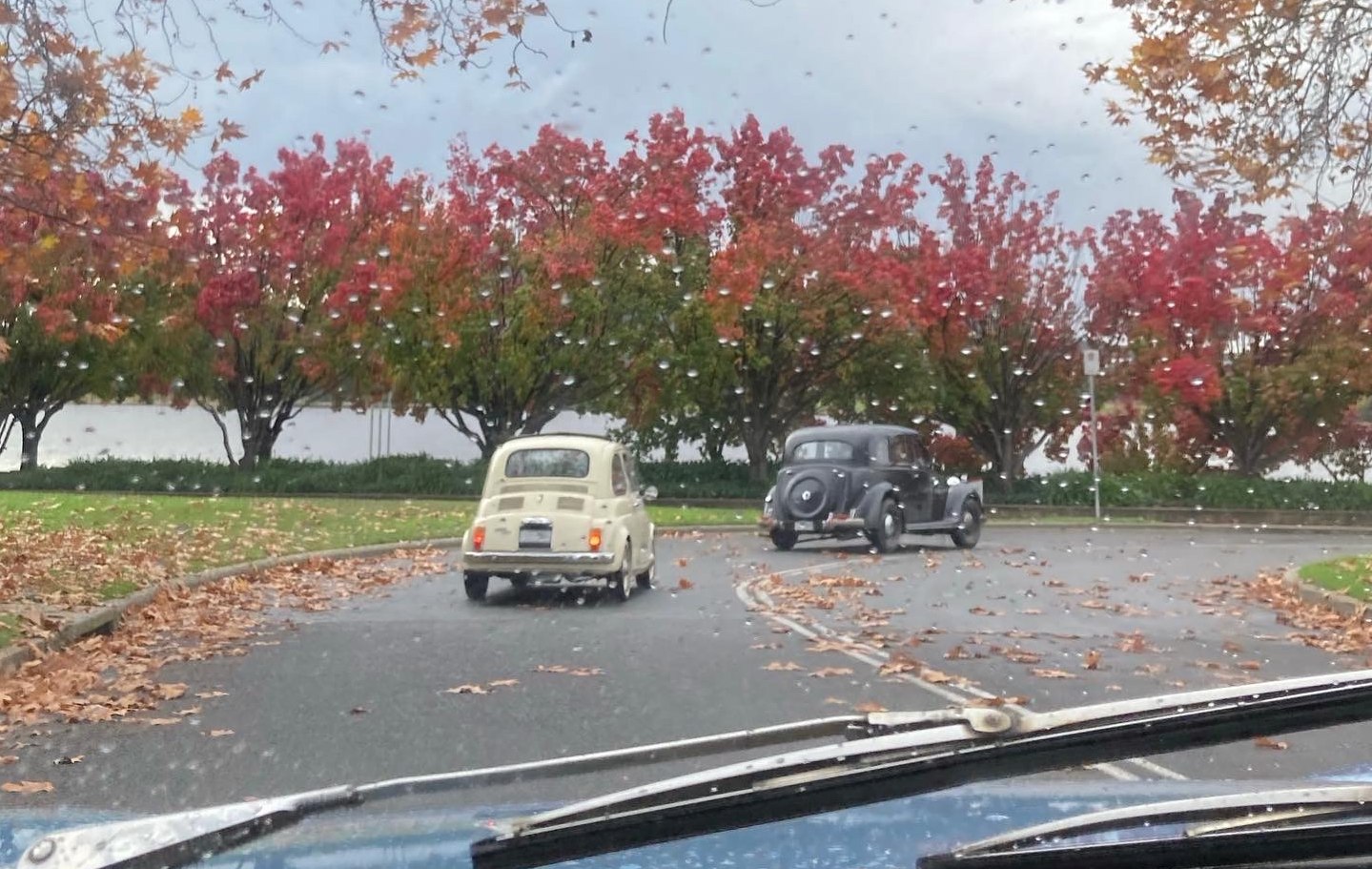 Halls and Murphys turning toward the National Gallery along Queen Elizabeth Terrace. This shot could have been taken by one of the French Impressionists, if they had a GoPro.

The heritage run was from Red Hill to Ainslie, taking a tortuous route through the oldest residential and public institutional zones of our national capital. Participation in the run was reduced by the threat of rain, but those who attended brought a creditable range of the vehicles for which CACMC is the flag-bearer among ACT clubs. 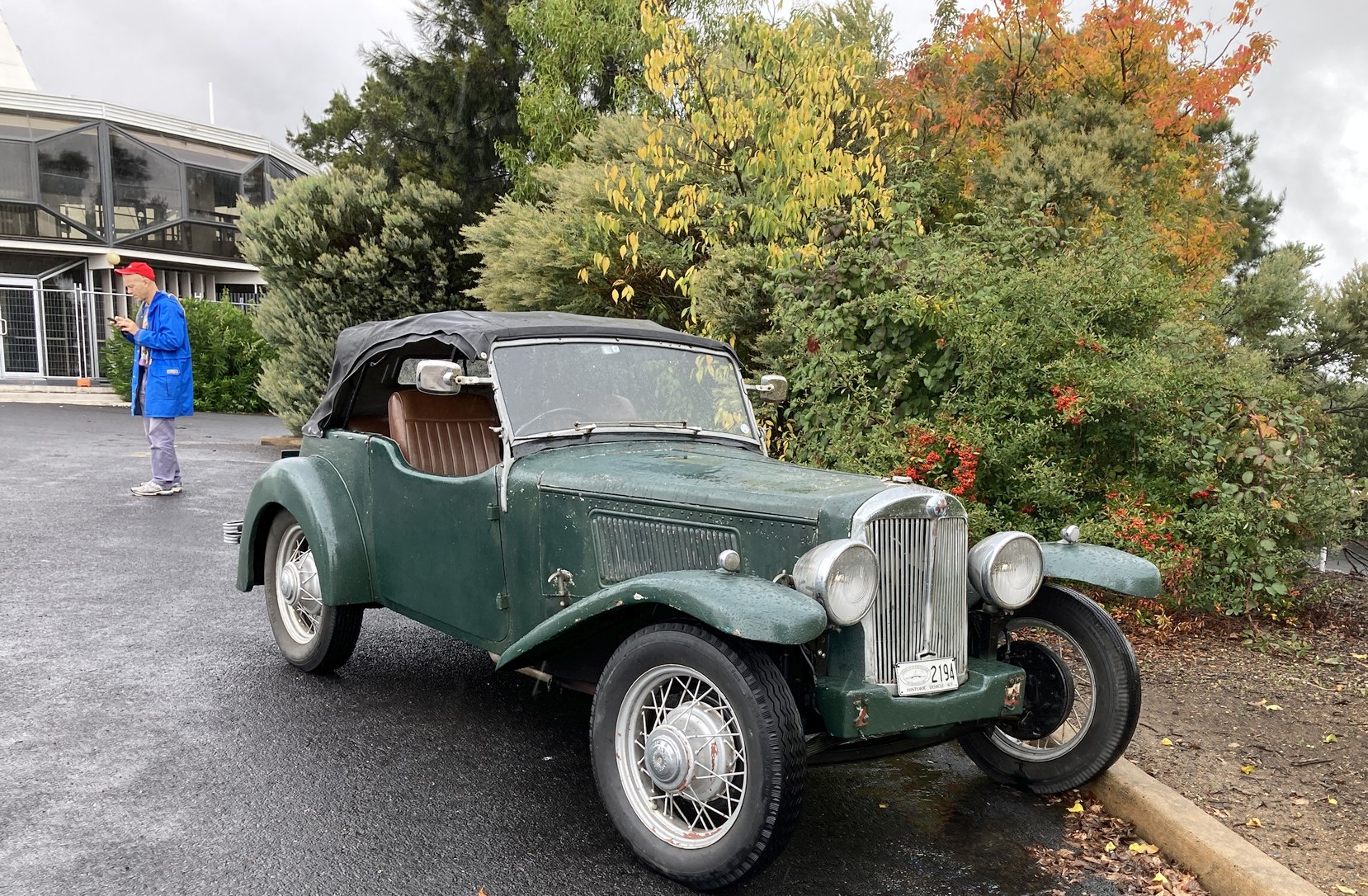 Guy Langford’s Triumph Scorpion on first outing with CACMC. The Triumph showed true British grit getting through the UK-style weather with minimal protection.

Stars among the vehicles this year were Guy Langford’s 1932 Triumph Scorpion and Craig and Angela Murphy’s 1948  Rover 75 P3.   John Senior’s 1967 Humber Super Snipe was also making a welcome return to club events after some time out of sight.

If there was a team award, it would go to the Hall family whose two Fiats  (1969 500 and 1963 1500 conveyed father Geoff, mother Jessica, daughters Juliet and Sophie Ray, and Momo the dog. Momo has participated in several club runs now, and we hope will attend enough to qualify, in due course, for Life Membership. 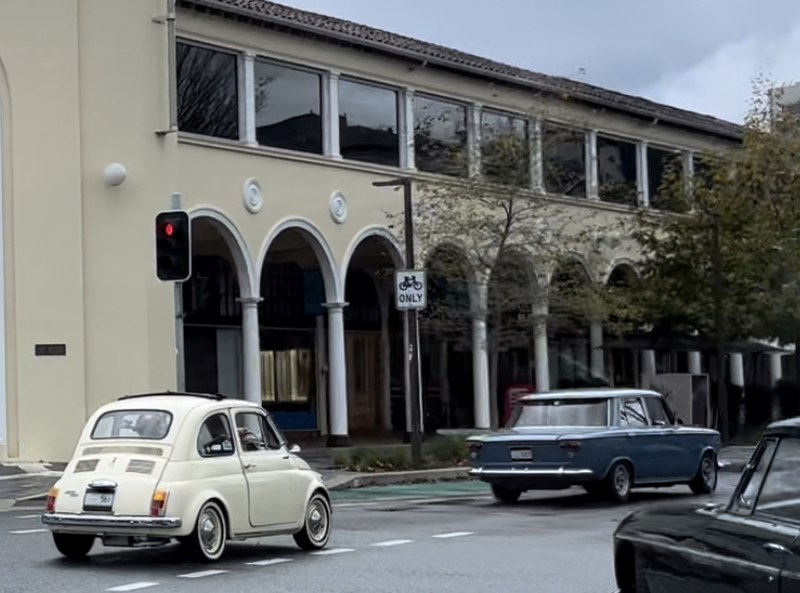 A number of rain-shy members went straight to the lunch venue at Ainslie Football Club, where about 30 gathered for a jovial lunch and congratulatory presentation of awards.