The fickle spring weather once again played nice for our October Club run. We assembled at two separate rendezvous, North (Mulligans Flat Road) and South (Sutton Road at Yass Road, Queanbeyan.) The routes were selected to use gentle country roads, avoid freeways, and take in some spring countryside.

Wish you were here!

Tulip Top is a flower farm and orchard located just outside the ACT at Bywong, bordered on three sides by a loop of the Old Federal Highway where it is cut off by the new Federal Highway motorway, and on the fourth by the Yass River. It only opens to the public for one month each Spring, but had been unable to open for the past several years due to COVID lockdowns. 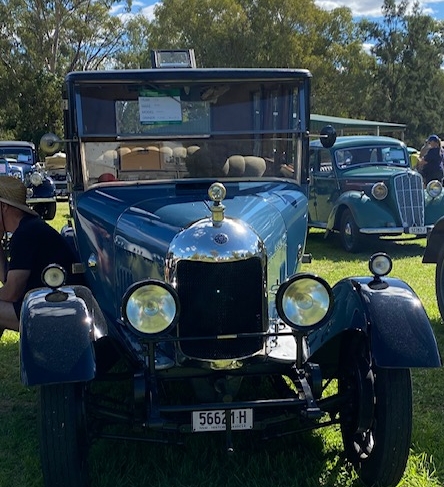 Sixteen vehicles made the trip, ten of them historics. Star of the fleet was the pristine 1926 Morris Oxford of Malcolm and Wendy Noad. 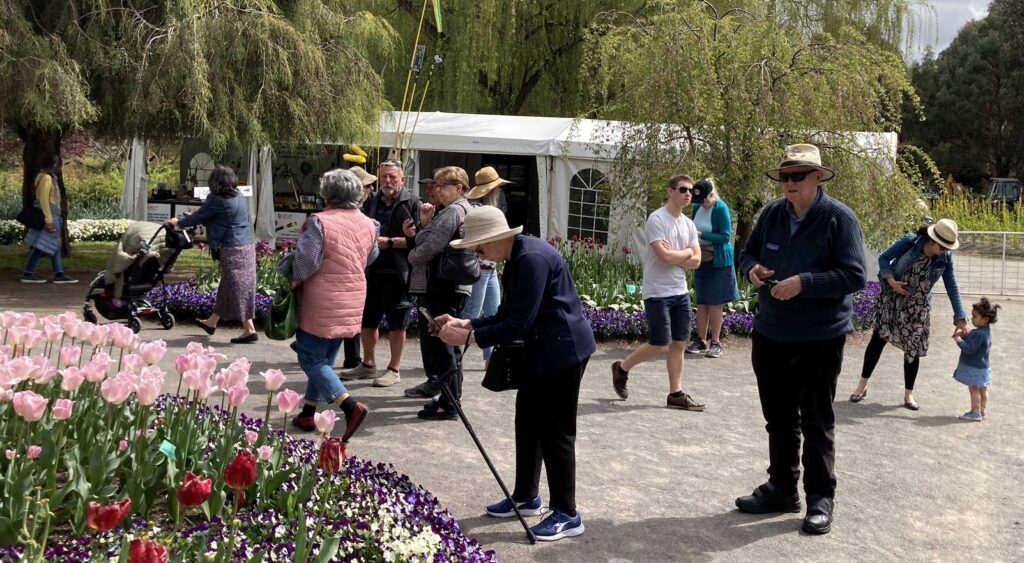 Our visit was on the final day of opening for 2022, and although some of the tulip beds had passed their prime, there was plenty to enjoy in the floral displays, blossoming avenues of fruit trees, the charming scale of the place and easy access for all. 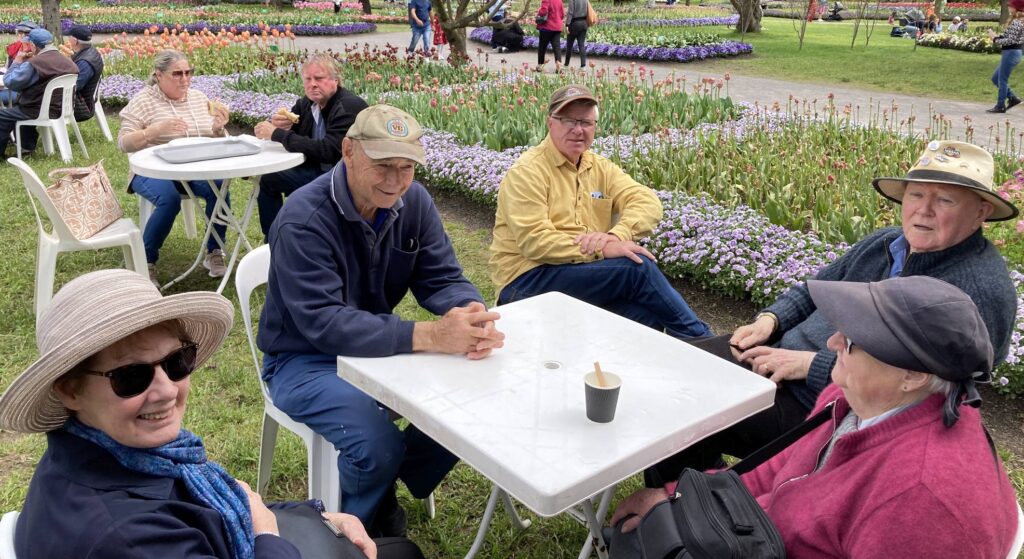 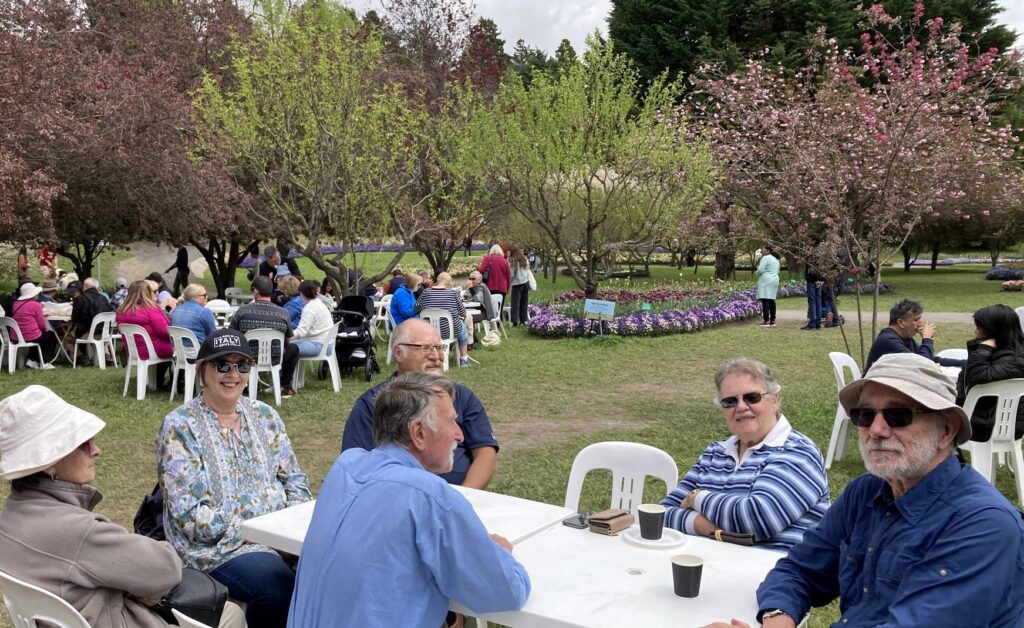 We organisers had wondered whether the car parking might be a problem on this final day of opening, but it turned out that no-one had difficulty finding convenient parking handy to the entrance.