After a break of some years, the biennial Cooma Motorfest made a welcome return to the Cooma Showground on Saturday 5 November 2022. CACMC participated with 23 members and 15 historic cars.

The 2022 Motorfest attracted around 500 entrants from all parts of the region including Sydney, Canberra, South Coast and the mid-west of NSW.

Cars represented almost the whole history of motor vehicles, and there were trucks, cranes, stationary engines and the 80 cars participating in the Perth to Sydney Marathon. 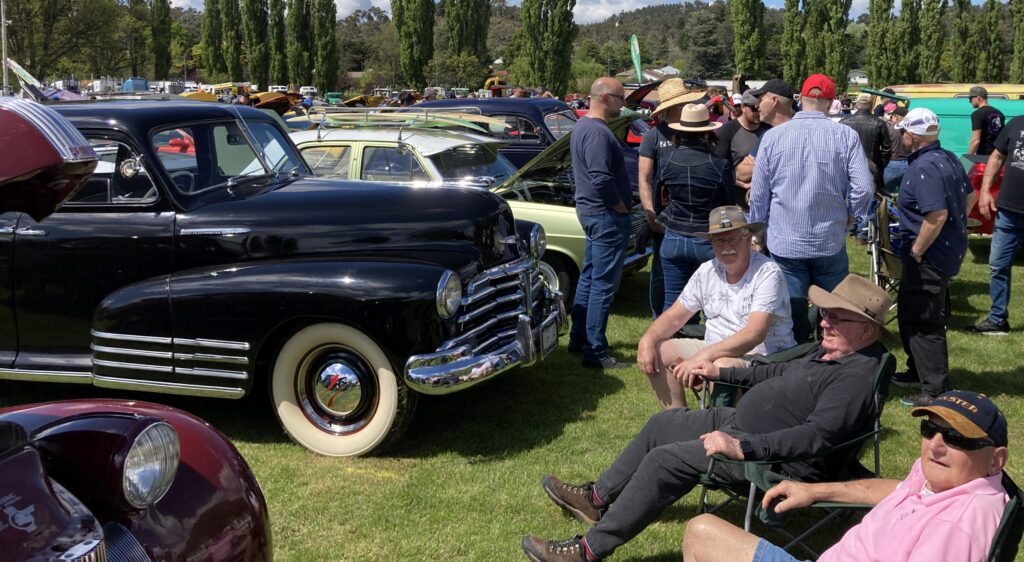 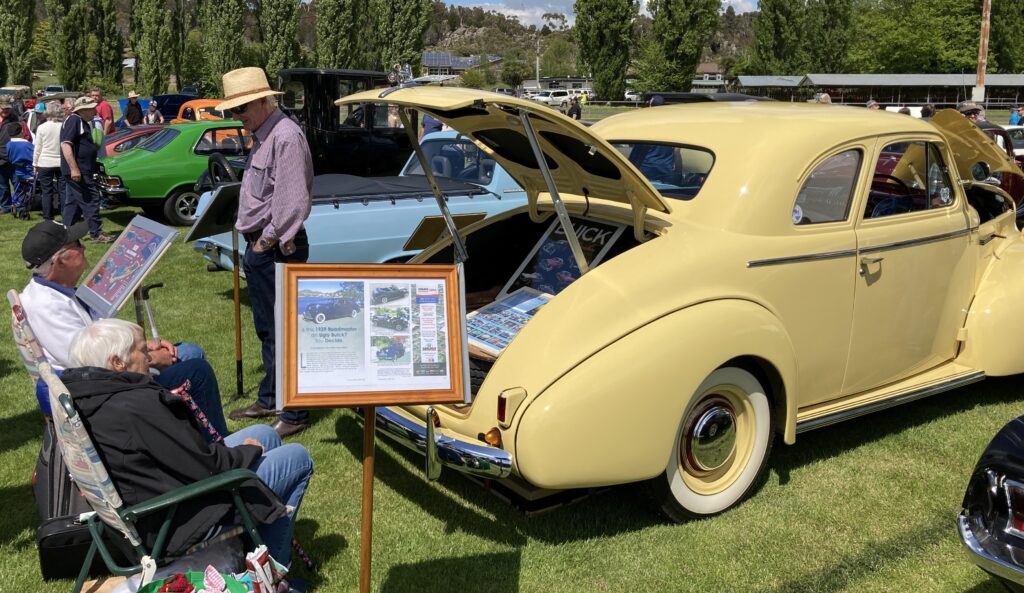 The Motorfest gets strong support from the local Community, with trophies sponsored by many local businesses and funds raised for local charities. 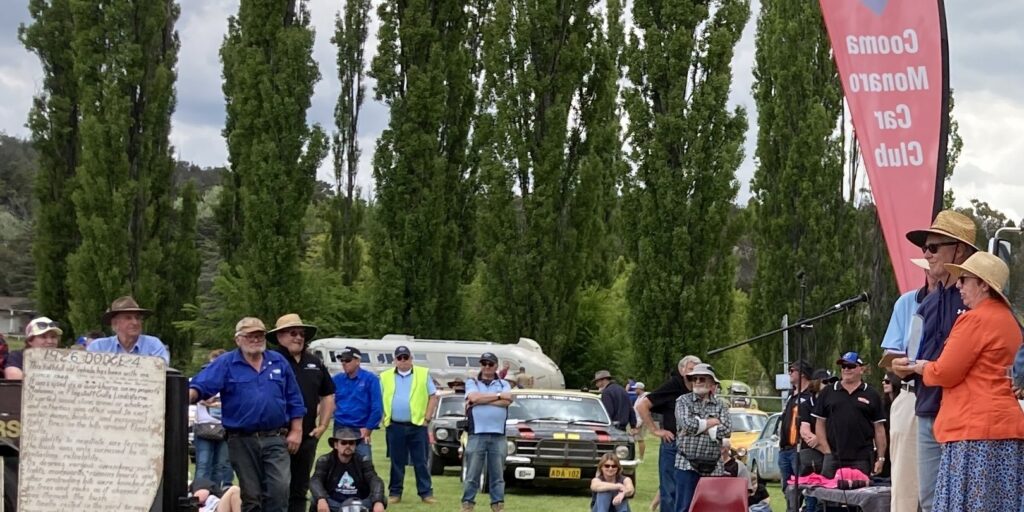 Malcom Noad receives his trophy from the Mayor of Cooma

CACMC members were awarded three of the competitive trophies for best examples of restored cars: Dean Benedetti for his 1939 Pontiac Chieftain, Phil Cancillier for his 1939 Buick Business Coupe, and Malcolm Noad for his 1956 Austin Healey 100/4. 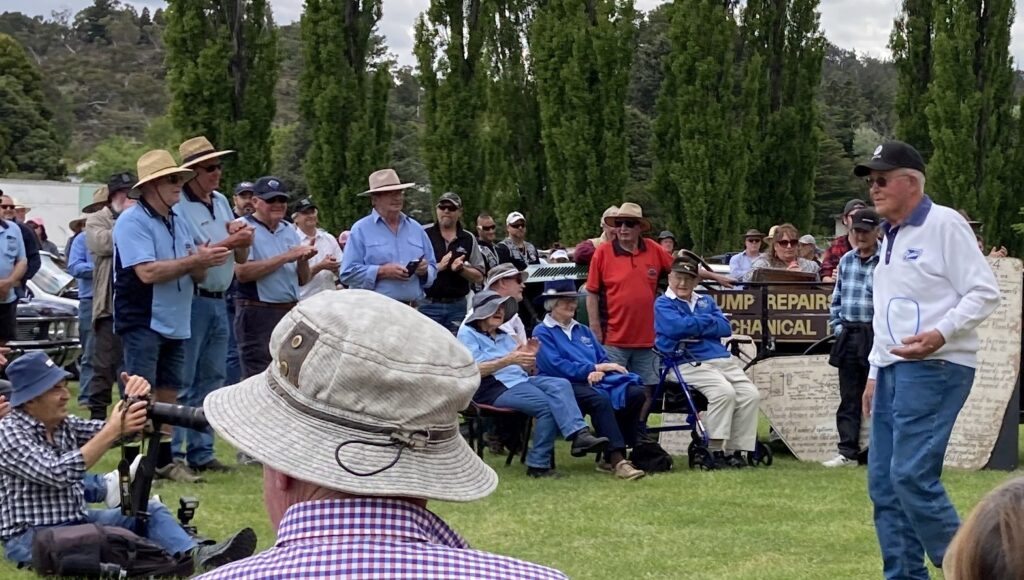 MotorFest benefited from excellent organisation by the hosts, and participants enjoyed fine facilities and fine weather.

The next event will be in November 2024.