A large number of CACMC members and vehicles enjoyed the beautiful park location and Britishly fine weather (ie. fine, with a stiff breeze) for Terribly British this year. We couldn’t do a firm headcount, because a number of our members had their cars lined up with their own marques in different parts of the display – MG, Jaguar, Triumph, Rover, Riley…  famous names and quality cars that share CACMC values and companionship.

The Queanbeyan location gets strong support from the local government – Queanbeyan Palerang Regional Council. Howard Taylor was standard-bearer for CACMC this time – his 1930 Austin 7 won the special prize for “Car the Lady Mayoress would most like to take home”. 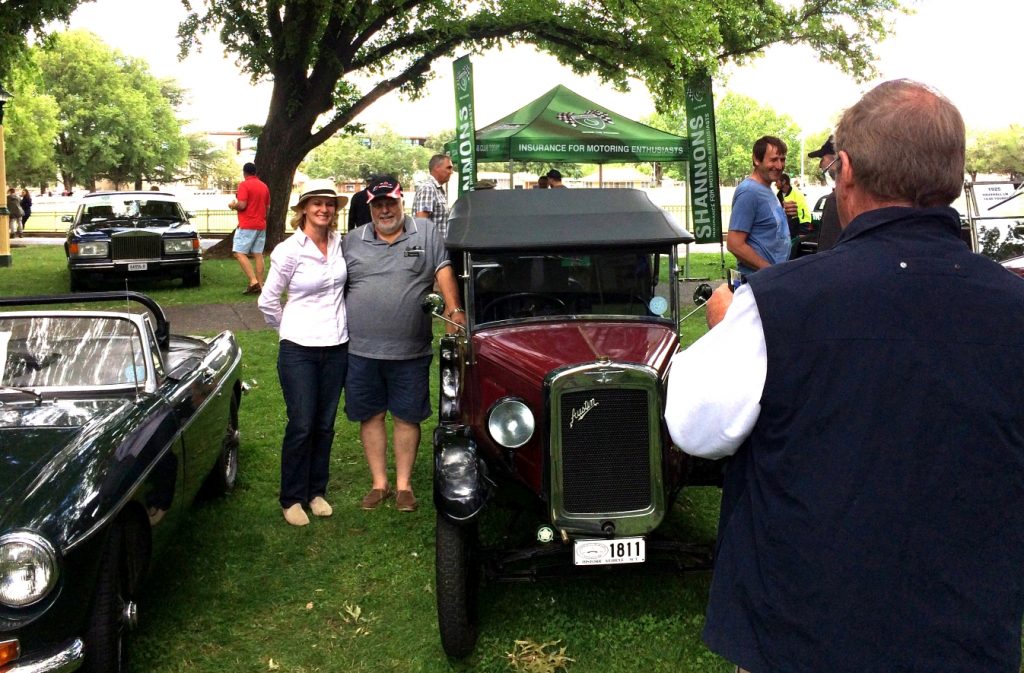 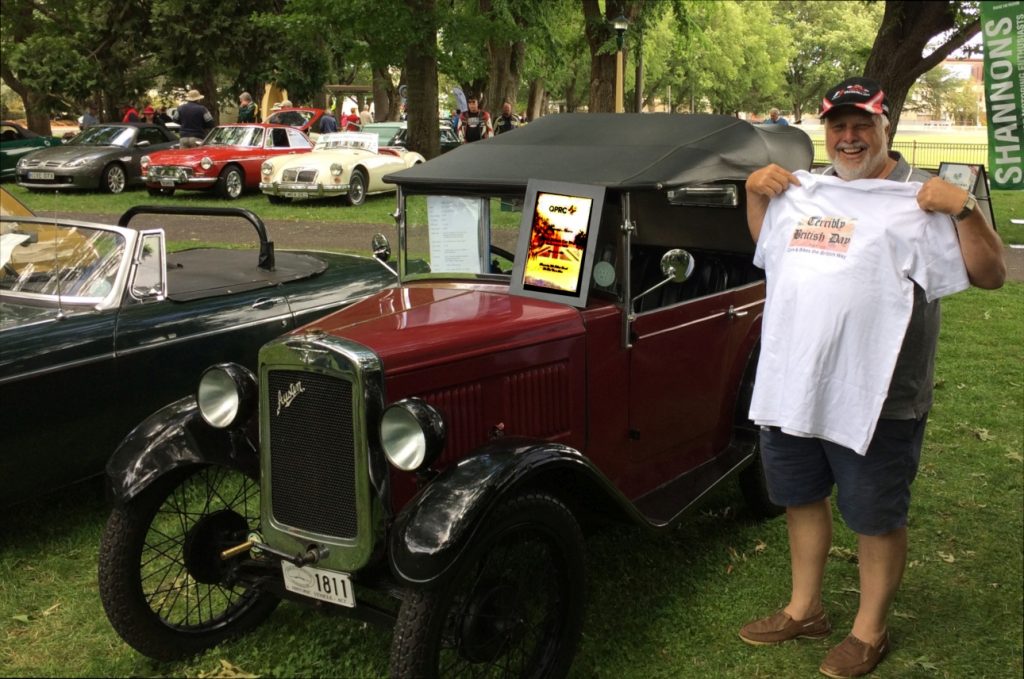 Howard models the T-shirt and plaque that came with his award. The large box of chocolates is nowhere to be seen. The green MGB is also Howard’s.

CACMC cars got a lot of attention from the public.  Karl Maftoum was called on to give many extended explanations of the features of his rare Lanchester LD10. 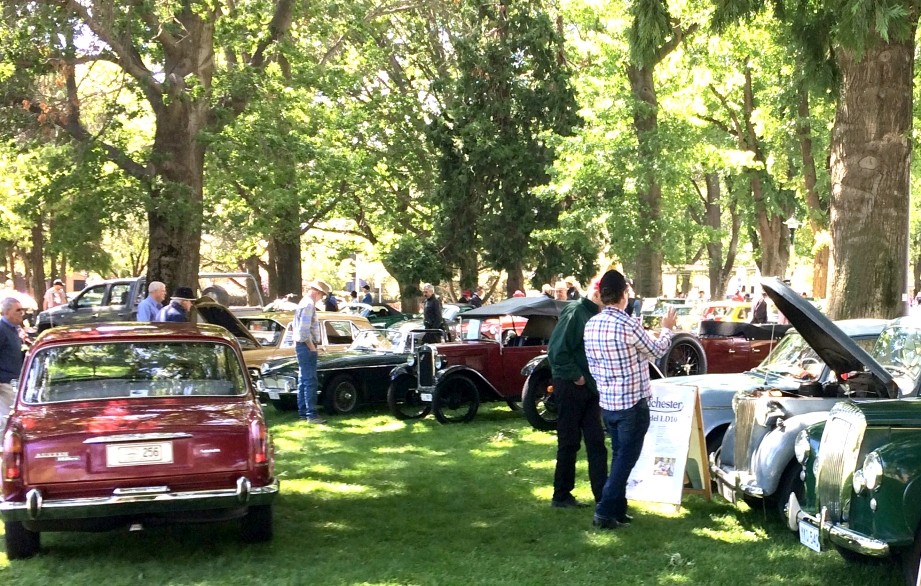 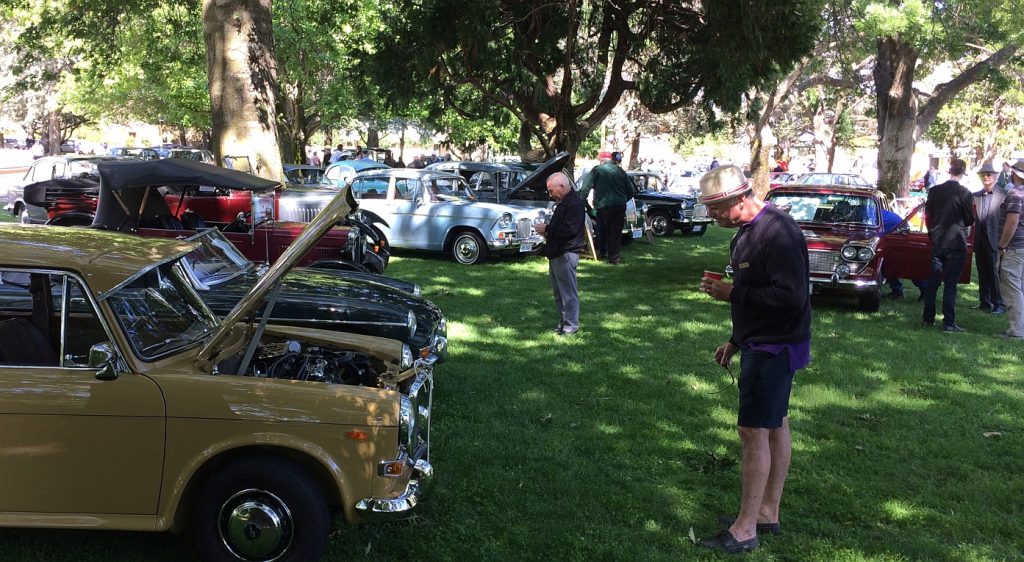 Respect, even reverence, for some special cars in the CACMC camp.