CACMC was well represented at Classic Yass this year. Rain was vaguely forecast, but didn’t amount to anything and the brave were rewarded with a fine day in fine surroundings, with cars coming from a wide radius from Wagga and Cootamundra to the South Coast.
At least a dozen cars from CACMC were on display, and several other owners visited the town for the event. Here are some of Club attendees. 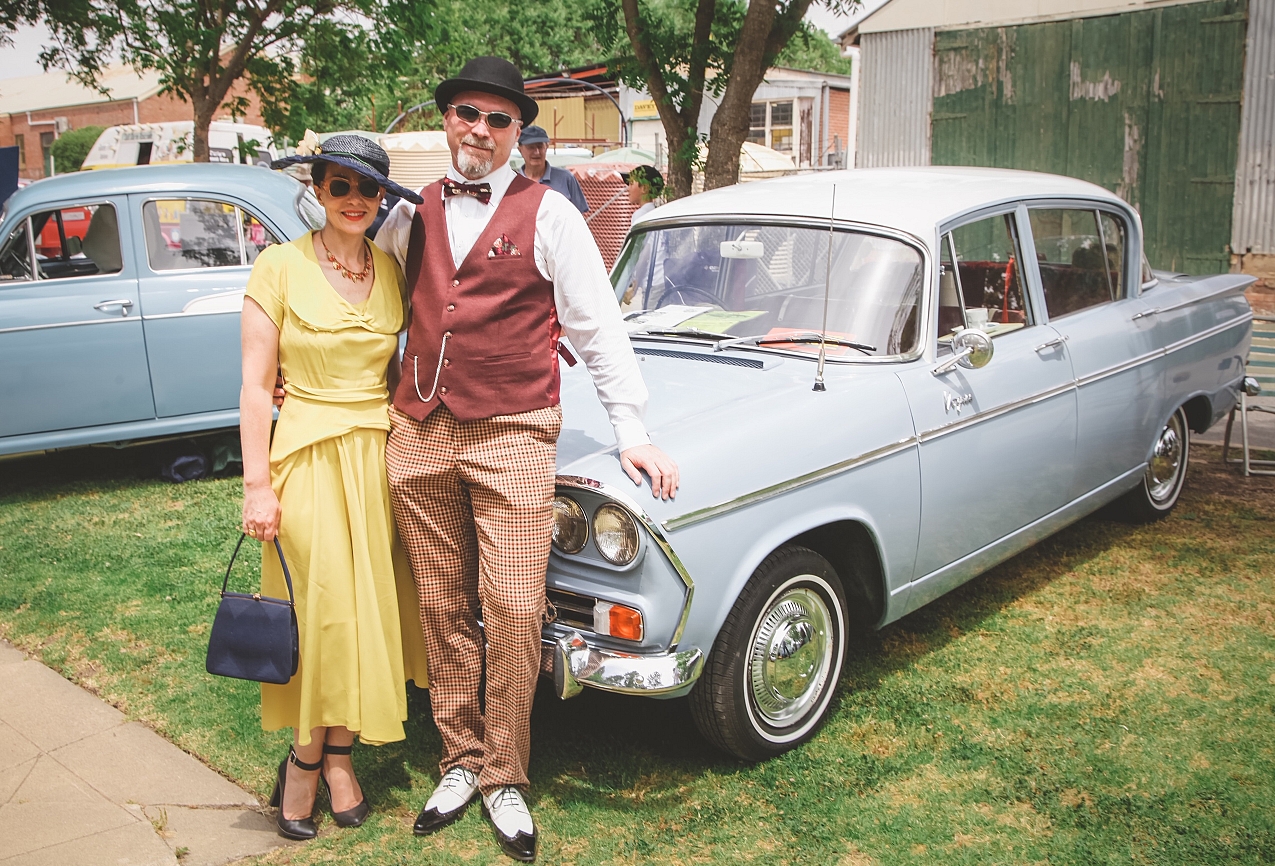 Neil Buttriss’ 1963 Humber Vogue Sports was decked out with full period travel and picnic kit, in the spirit of the Classic Yass style focus. Neil and his lady companion were also dressed to the nines, and worthy entrants in the vintage fashion competition.  Sadly, the prize was given to locals! 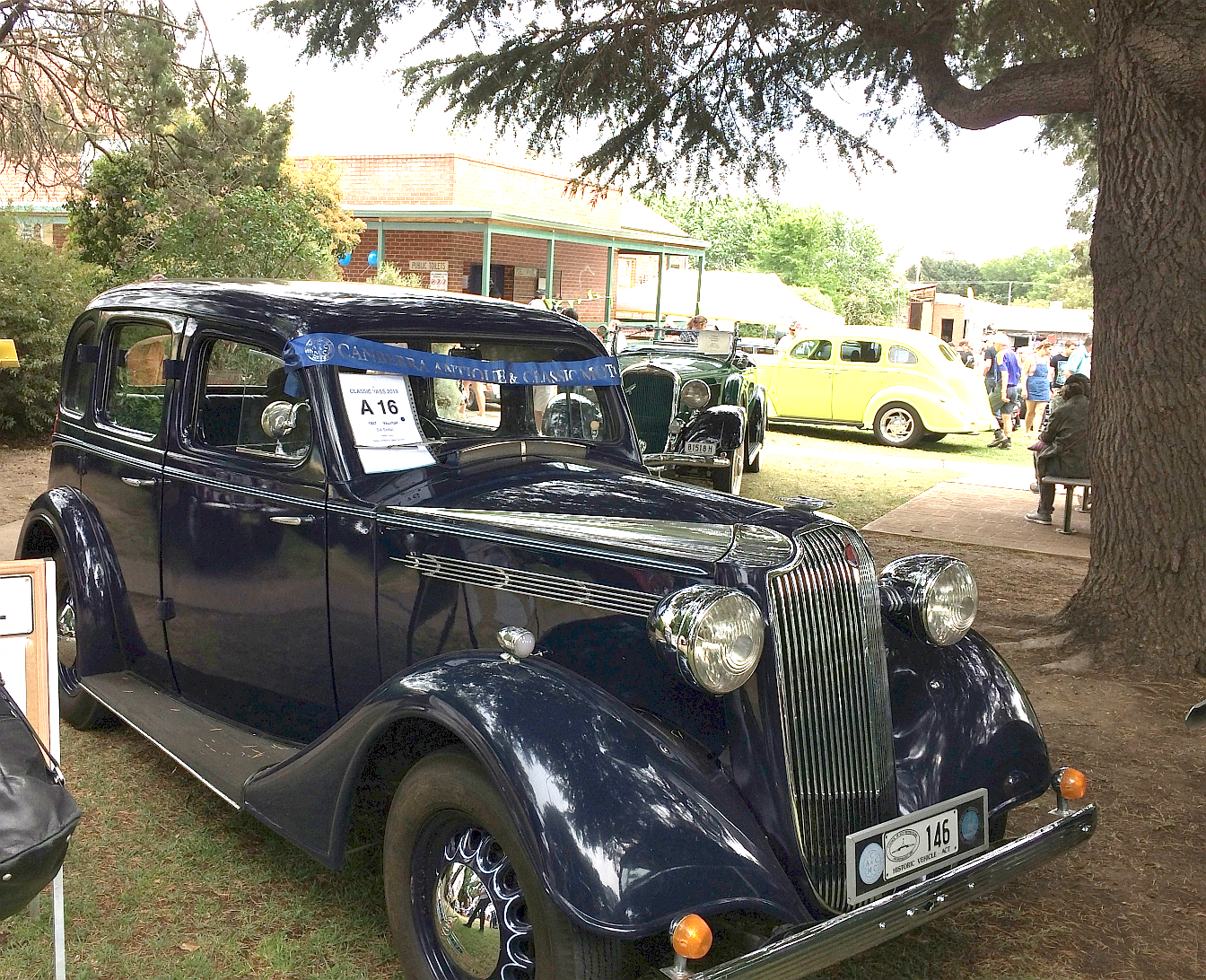 Roger Amos’ 1937 Vauxhall DX Sedan was the most senior CACMC vehicle on the day, and found a shady spot in Banjo Paterson Park. Contrast the lime-green Buick getting more limelight in the background. 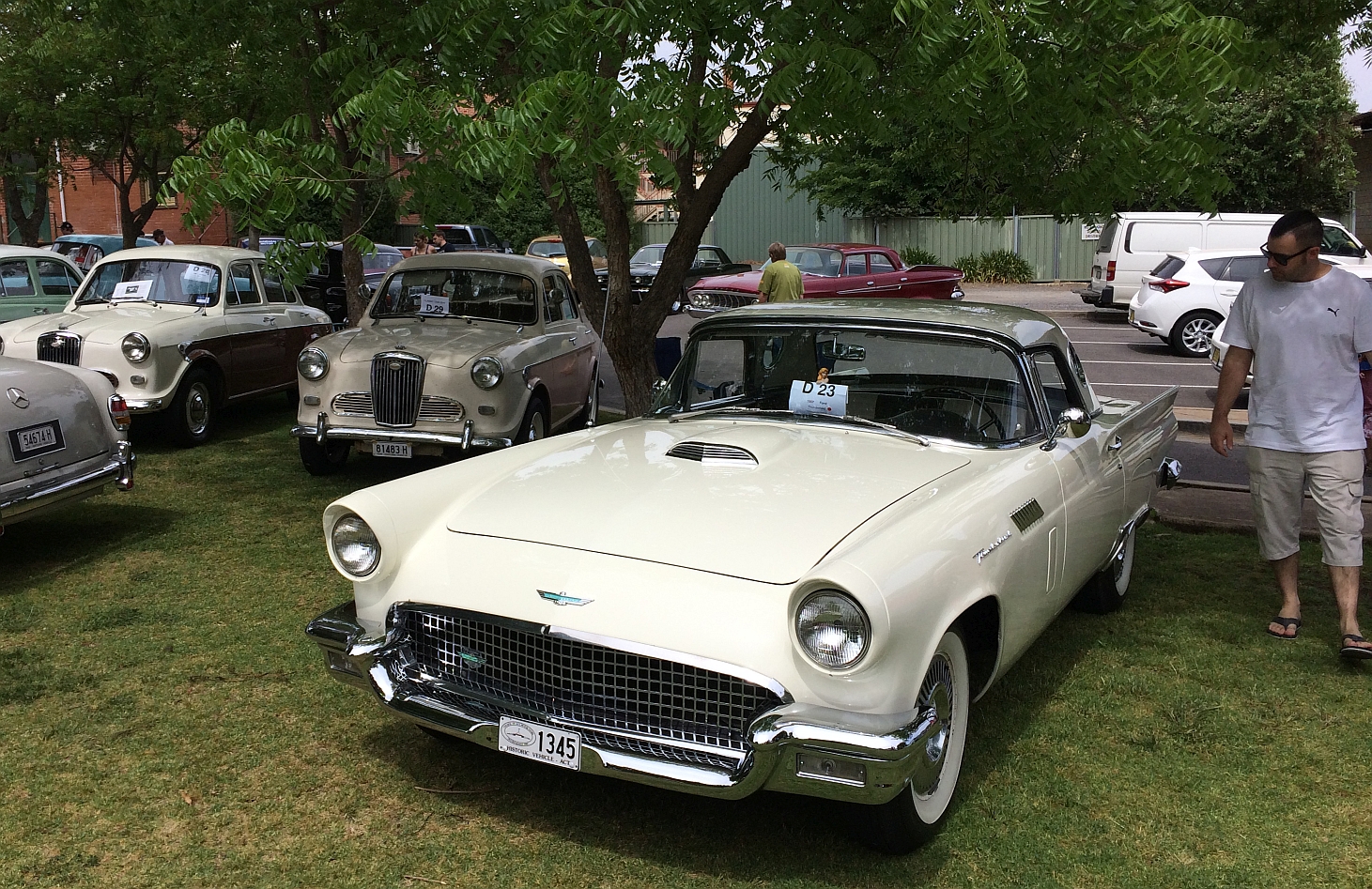 Darron Kavanagh’s 1957 Thunderbird convertible always turns heads. This time, mindful of the weather forecast, they came in the removable hard-top. 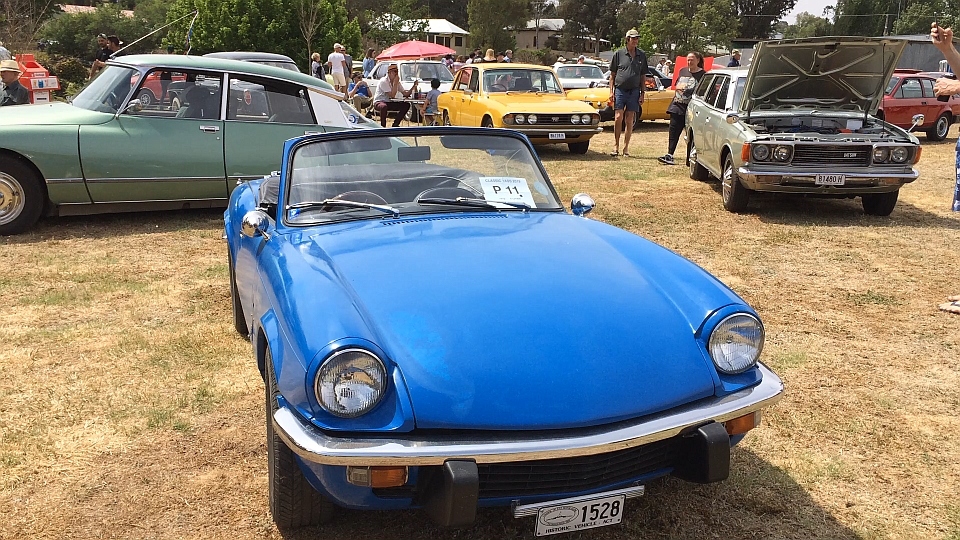 Brian and Margaret Ely’s 1972 Triumph Spitfire having a quiet smirk to itself in the paddock. 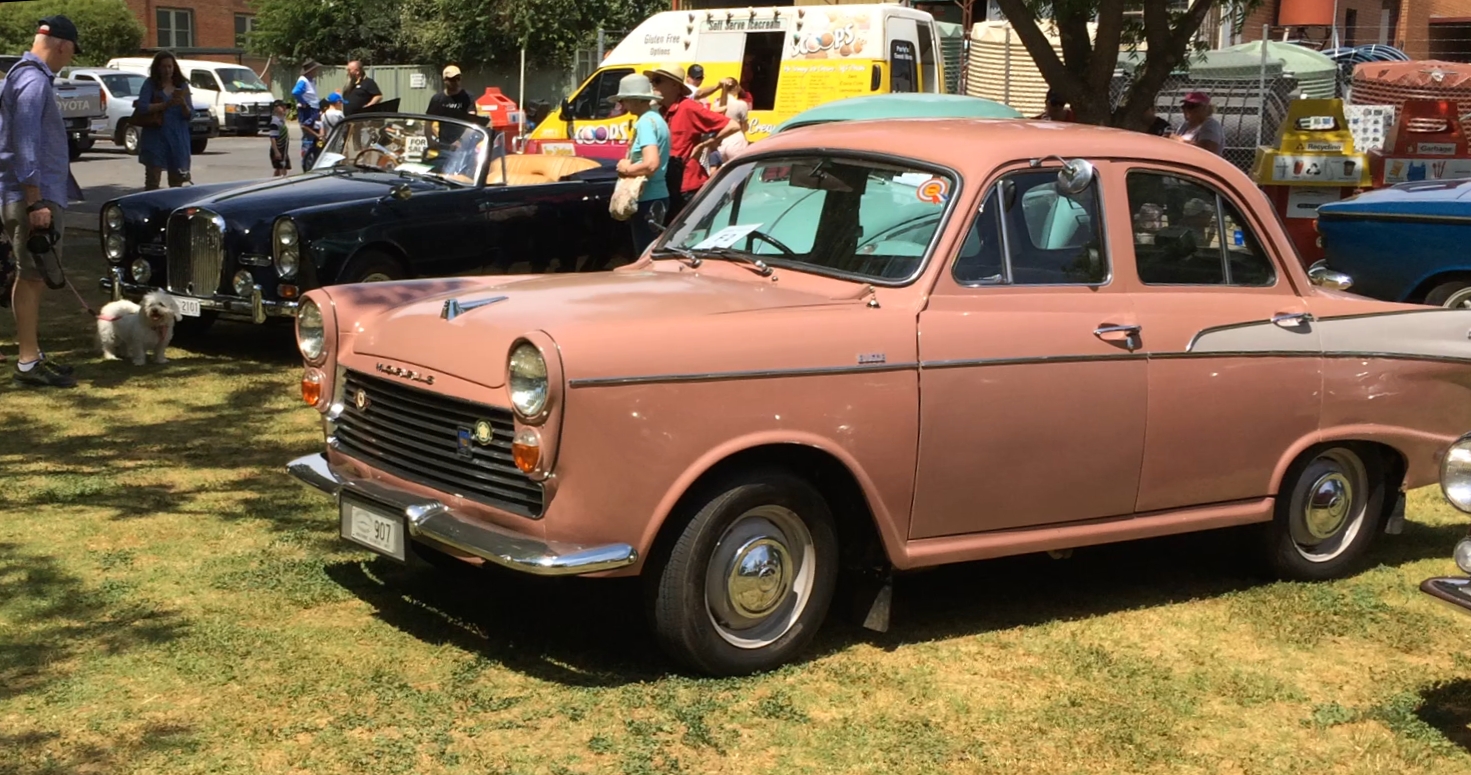 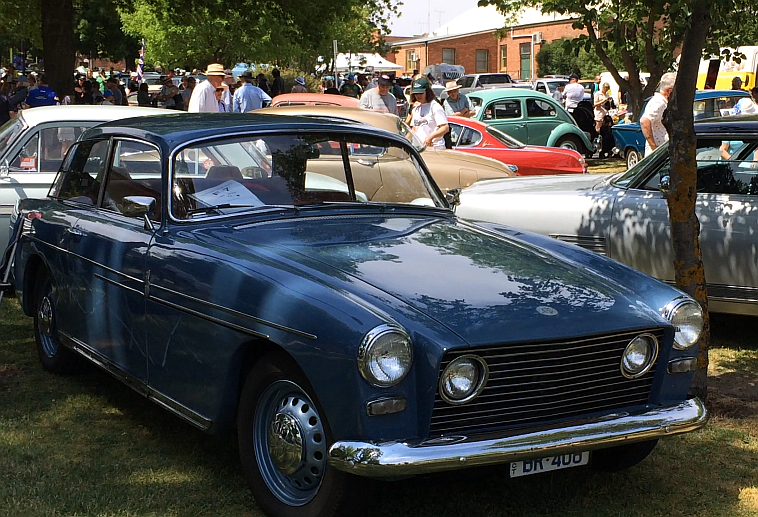