On a rather chilly Sunday morning, a small group of members met at Bungendore for the trip up to Goulburn via Tarago. They were: Graham Bigg (BMW) and passenger Bob Garrett, David Brand and his newly-acquired Ford Capri, Brian Ely (Triumph Spitfire), Richard & Dilber Thwaites (Daimler Conquest), Neil and Garry Buttriss in Neil’s blue Humber Vogue, and me in my Vanden Plas 1300. 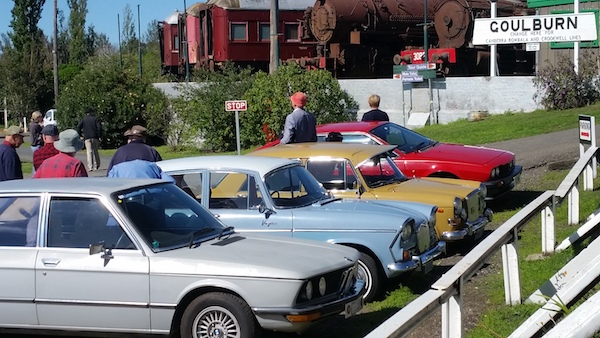 Unfortunately, Richard’s Daimler had a ‘failed to proceed’ moment at Bungendore. Brian did the noble thing and stayed with Richard to help him get back home. The rest of us left for Goulburn, enjoying a relaxed drive along quiet roads, through unusually green countryside. At the Goulburn Locomotive Roundhouse, we were joined by Graham Crocket & Susan Davis in their Alfetta, and Hilary Sorrell & Peter in Hillary’s Honda Concerto. 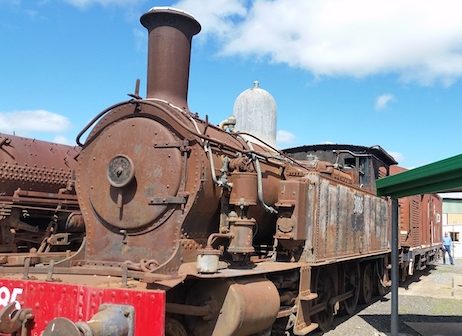 Modern architects like an oxidised iron patina. Why spoil a decent coating of rust with a paint-job?

The Roundhouse complex originally had room for 42 engines, with a 90-foot turntable in the middle. Part of the circle of sheds was demolished in the 1970s, but about half remain. It is still a fascinating place, full of a wide range of engines and other types of rolling stock. The separate, original workshop survives, and contains such things as lathes big enough to machine railway wheels, and an old Austin truck that was used in the workshop. 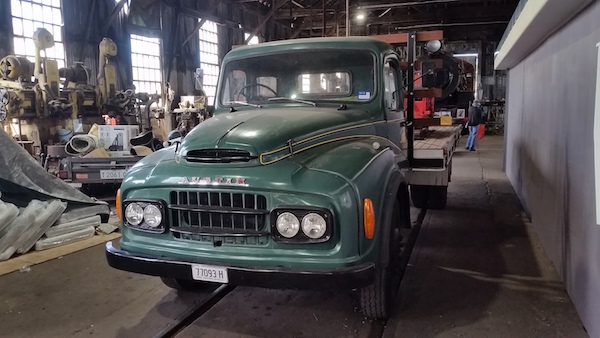 Restored Austin truck at home in the Roundhouse workshop

After that visit, everyone did their own thing for lunch, with some of us meeting up later at the Goulburn Historic Waterworks Museum on the northern edge of town. It contains one of four steam-powered beam engines built in the 1880s around NSW to pump water into reservoirs for town water. When electrical pumps took over, the other towns demolished their steam pumps. The Goulburn one, though, was coated in tallow and preserved: according to an old boilerman I talked to at the museum, this was done in case the new-fangled electric pumps failed!

Also on display is an 1866 horizontal engine used in a gold mine near Araluen, and then in a tannery in Sydney.

After that, everyone made their own way home. All in all, a very enjoyable day.

PS. The Thwaites Daimler (Serena) restarted after about 3 hours, when the coil was replaced. This followed a dash back to Canberra in Brian Ely’s Spitfire to find and buy a new coil, leaving Dilber and Margaret to while away the time and nibble at our picnic in the Bungendore Recreation Park – well-appointed with shade and facilities.

When Brian and I returned with a new coil, a passer-by of our vintage began to take a keen interest, and politely offer suggestions. As these things happen, he slowly revealed that he had worked several years as a road service call-out mechanic with the RACQ. A range of other possible no-start problems were checked and eliminated, and the coil installed. We had near-flattened the battery and had to jump-start, and the ignition fix was temporarily held together with gaffer tape and cable ties, so we abandoned plans to catch up with the run. We returned smoothly to Canberra by about 2:30pm. Sorry to have missed the museums, and thanks to Dave Byers for keeping me in touch and providing a report and the photos – Richard T.