Jim Bruce once said that it was always a challenge to get a Bullnose Morris up and back down any of the mountains around Canberra.  The last Three Mountains Challenge was held in 2016.  The 2019 challenge as devised by Malcom Noad added an extra mountain – Mount Stromlo – to the original three – Mount Ainslie, Black Mountain and Red Hill.

First arrivals at Mt Ainslie, looking across to Black Mountain

Members assembled at 9.00am at Poppy’s café at the Australian War Memorial before setting out to conquer the mountains, while another group set out to the car park next to the YMCA Yacht Club around Lake Burley Griffin at Yarralumla, to set up the BBQ trailer. 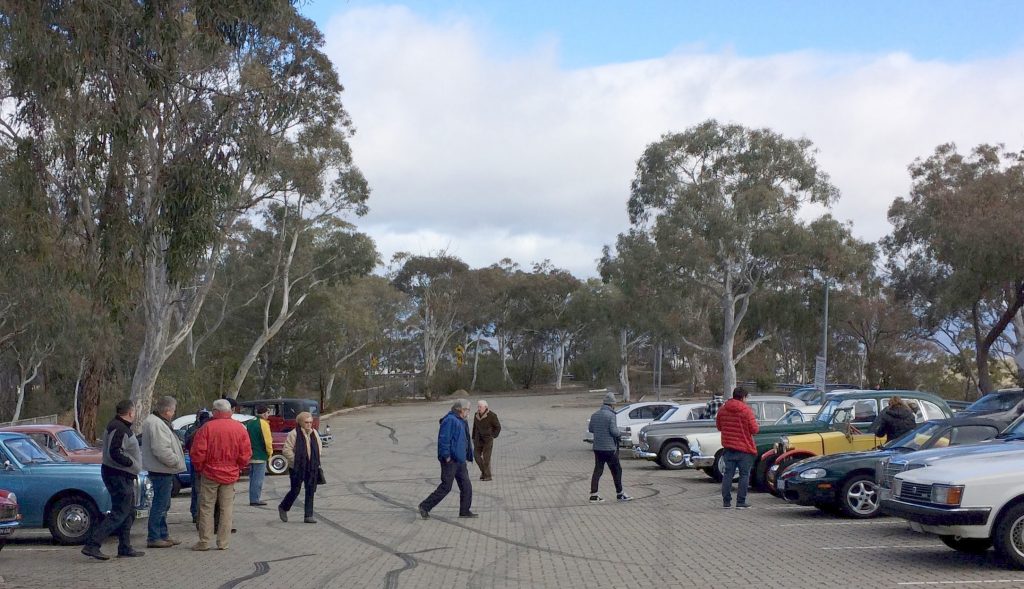 Much to discuss in the Black Mountain Summit carpark 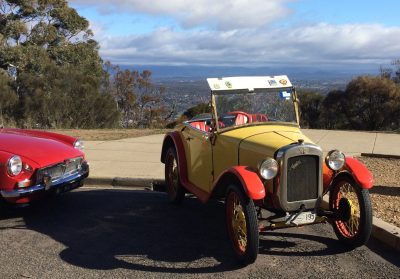 There was only two failed to proceed – Bob Garrett’s Hudson and a near-miss from John Senior’s Humber. Harry Crawford followed the action:

Turned out to be quite a challenge for some cars

No over heating in the almost snow weather but the Senior’s Humber almost died at the start of the climb up Black Mountain but came good and struggled to the top where 3 experts banged the carby and adjusted the timing. One of these being Bob Garrett in the vintage Hudson. His turn came next when the Hudson just died at the sight of Mt Stromlo.

These events both happened in front of Harry in the only other vintage car, the little Austin 7 (without hood as were a couple of other English sports cars). Fortunately the closeness of the HT lead to an earth point was quickly spotted and the Hudson proceeded almost to the top where an unfriendly speed hump brought it to a standstill amid much spluttering and backfiring. It was pushed to the finishing line ! Diagnosis there found that the nail used to replace the pin holding 2 parts of the distributor drive together must have failed. Re-seating it had sparks again and it was driven (avoiding bumps and the 4th climb up Red Hill) to a well earned Bbq lunch

(just don’t be in front of me at the start of a climb, you might get jinxed or nailed ! ) 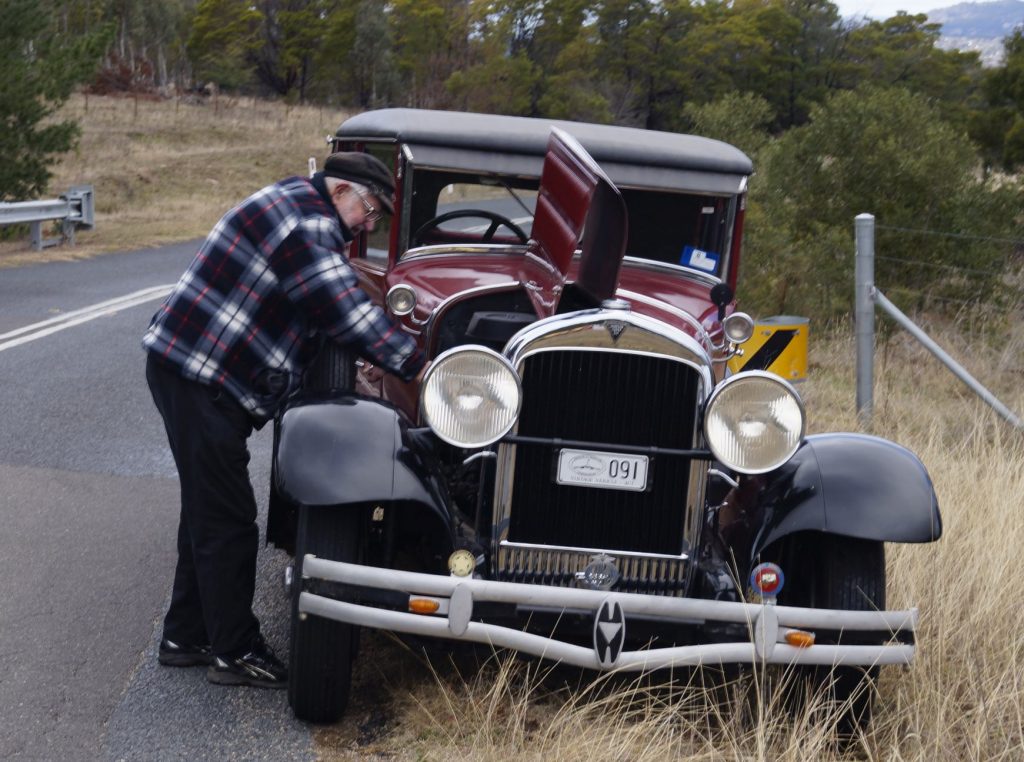 Near the top of Mt Stromlo Bob’s Hudson called a halt. The distributor shaft had disengaged from its drive gear. 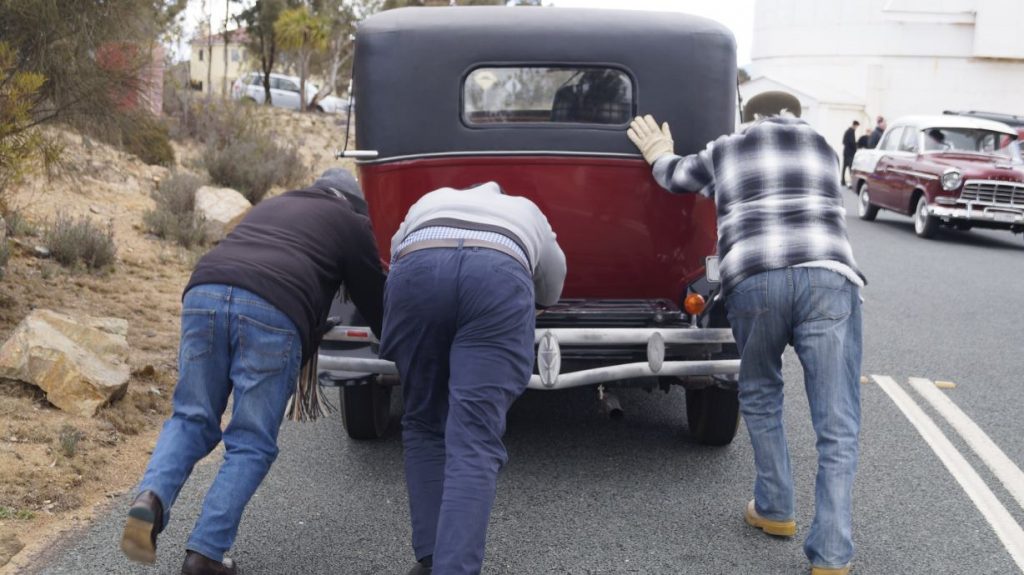 Ancillary power unit. The sparkless Hudson made it to the Stromlo Summit car park. Spark was restored and challenge completed. 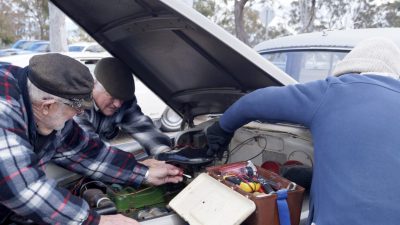 Just after 12noon the first Challenge survivors started to arrive at Yarralumla, where hot soup or tea, coffee and sausage sandwich waited. 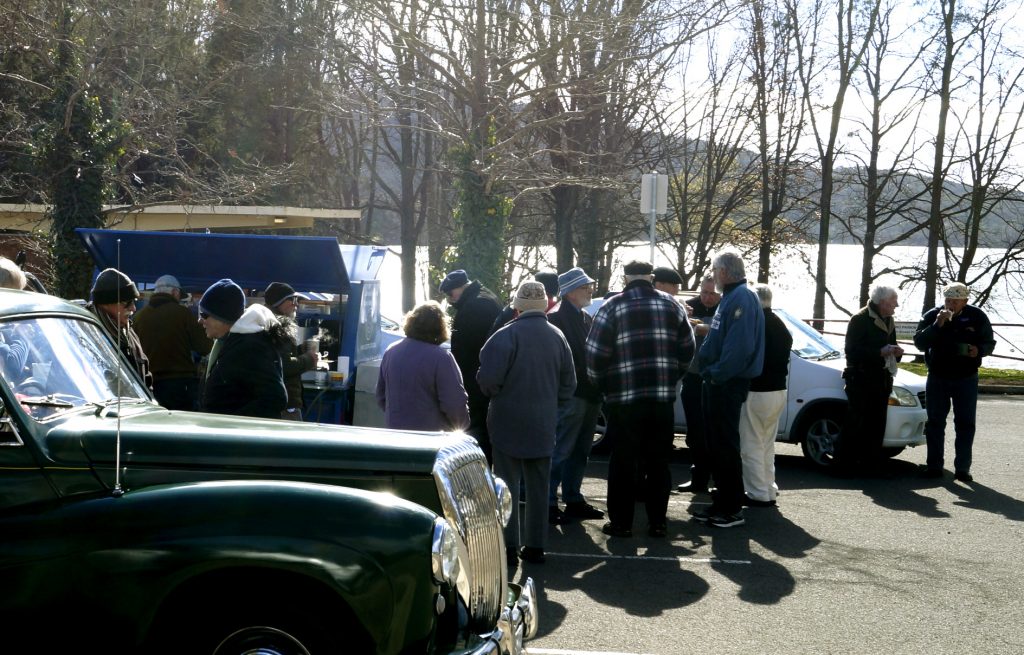 Twenty-eight vehicles, a mix of modern and club plated, took part with some only joining at the start and not participating in the run and others who did not participate in the run but arrived at the finish. Some 35 people in all, making the run a great success. Thanks to Malcolm Noad for resurrecting the idea. 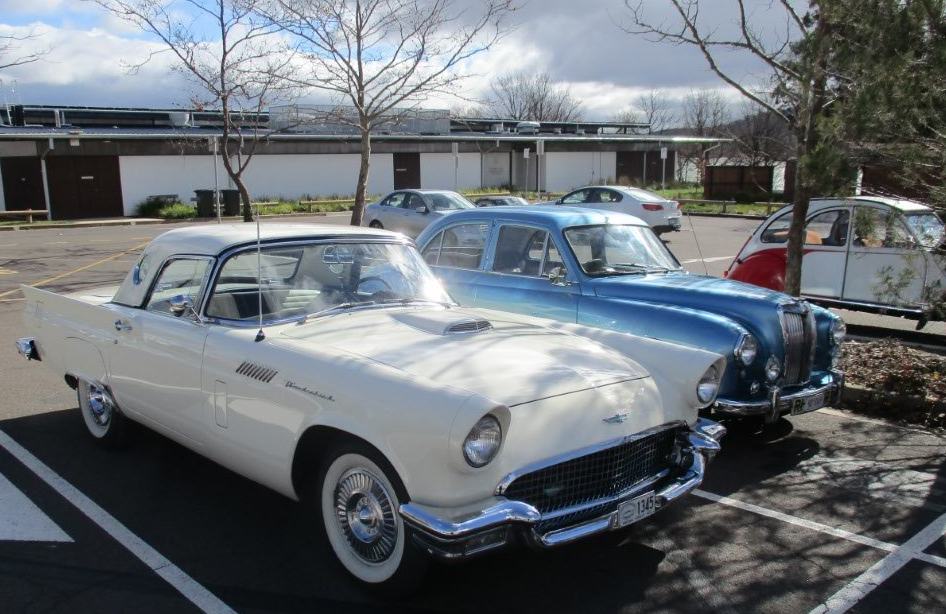