The club run for February 2021 left from Cooleman Court on Sunday 14th. Around 25 cars representing 7 decades headed for Tidbinbilla via Cotter Road and Paddy’s River Road, took a shady break for tea/coffee at Tidbinbilla Nature Reserve Visitor Centre, then continued along Tidbinbilla Road to Tharwa before crossing the Tharwa bridge and ending at Lanyon Station.

Bob Garrett’s red 1929 Hudson Super Six (above and below) got the honorary heroics award. It navigated the long and steepish climb up Paddy’s River Road from the Cotter crossing, plus all other hills and dales on the way, without changing down from top gear!

Special arrangements had been negotiated for a photo opportunity on the gravel forecourt at Lanyon. Brian McKay’s teal 1930 Ford Model A Roadster (above and below) would have got the Early Bird award if we had one. He arrived three hours early at Lanyon (by a more direct route) and was kindly ushered to prime central position on the forecourt.

The facility is operated by the ACT Government. Limits were set for number of vehicles on the gravel and a further number in the driveway avenue, by the gate. 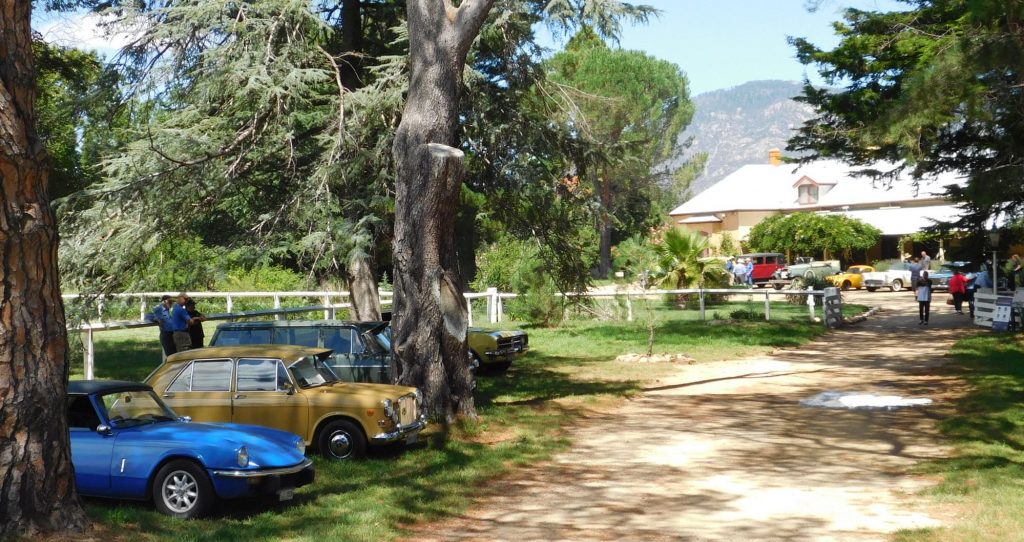 For this historical site, the oldest club vehicles got first opportunity for the limited photo places.  A wider group could assemble in reserved areas of the public carpark, with Lanyon, the Murrumbidgee and the Brindabellas forming a backdrop. 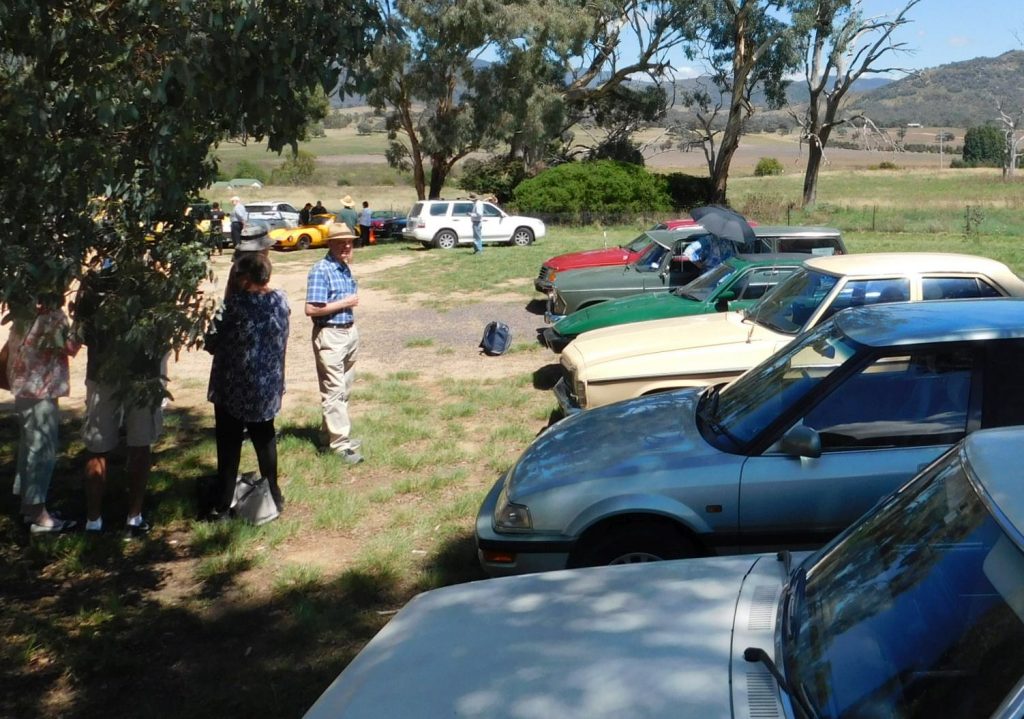 A wide-angle lens, even when held high on a selfie-stick, can only cover so much.  The club’s younger classic vehicles found picnic spots on the grass, still enjoying the views toward the homestead and mountains.

Apparently a Lanyon magpie offered to take this fly-over shot of some of our finer vehicles in the carpark. No cars were injured or insulted in the making of this shot. 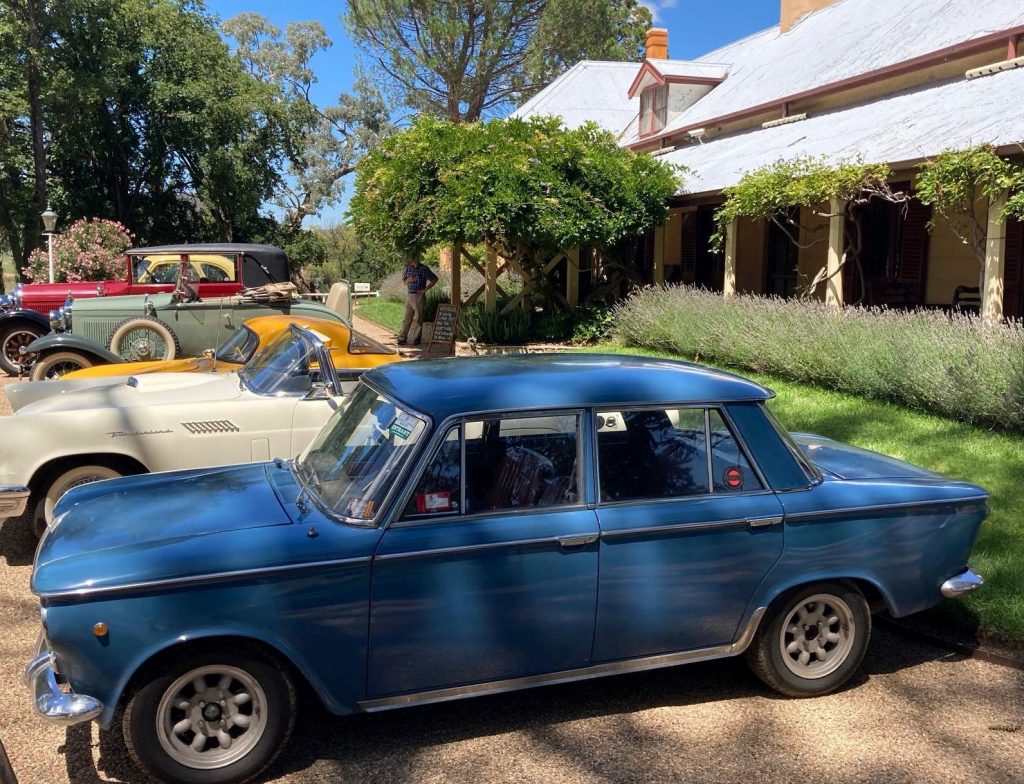 Geoff Hall’s nippy 1963 Fiat 1500 served as mobile camera-car for the event. This called for some bold overtaking of more fancied sports classics, in order to get shots of them passing by.

Thanks to Geoff for some of these stills.  Don’t miss Geoff’s two short (but action-packed)  movie grabs of the event:

Tidbinbilla Road to Tharwa and Lanyon

Classics line up at Lanyon Homestead