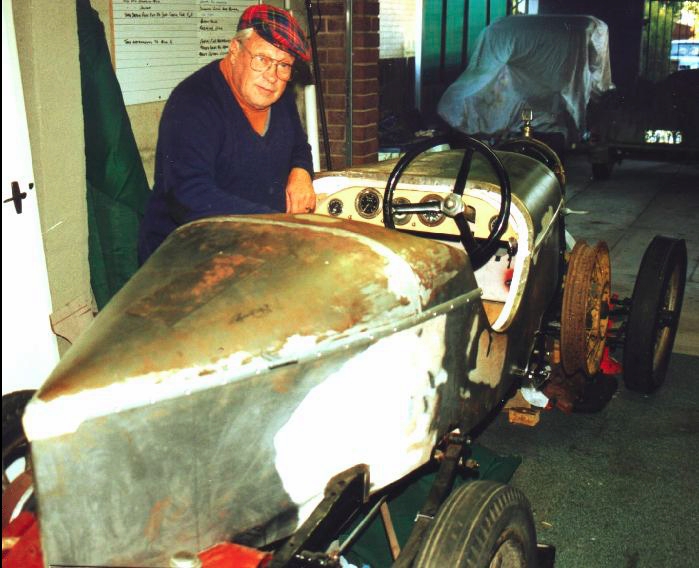 Jim Bruce at work on Old No 1 replica

It was the dream of Canberra Antique and Classic Motor Club member, the late Jim Bruce, to build a replica of the father of the MG Cecil Kimber’s, Old Number One racing special.

Cecil Kimber desired to win some motor sport events for himself and kudos for his employer William Morris (later Lord Nuffield).

Using the Bullnose Morris as a platform and a talented team of engineers, Kimber managed to squeeze a few extra horsepower out of the engine, resulting in quite a few awards, trophies and medals for the car.

Jim’s long held dream of building a replica of old Number One to match his standard Bullnose Morris, became a reality when his son Mark and son-in-law Malcolm Noad took an interest in the project. Mark Bruce said he and Jim used to spend hours looking at photographs of the car trying to work out how it differed from the standard Bullnose Morris.

On a visit to England in 1990 Jim had the opportunity to inspect and measure the genuine vehicle at the Heritage Motoring Centre, where he discovered the steering wheel had been lowered, and a revised engine specification had been made, together with a host of smaller modifications to make the special go quicker.

Unfortunately Jim became ill before the car was fully finished, but with the help of car club members the car was completed just before he died. 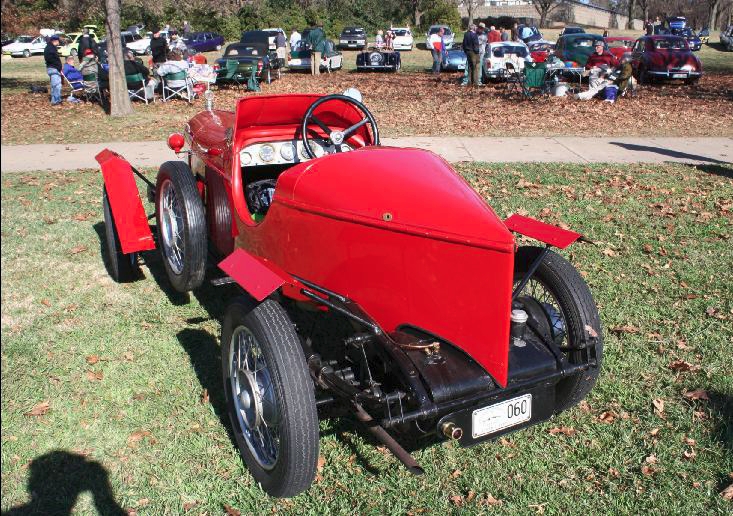 The finished job with its pointy tail

Some of the work to get it finished before he died has now been reworked – paying attention to detail.
‘The end result is technically quite accurate and gorgeous to look at,’ according to architect Mark Bruce.
‘Acceleration is brisk and handling acceptable, steering is a bit heavy and the brake pedal needs a hefty foot to have any effect, but it can keep up with modern traffic,’ he added.

There is no doubt that this labour of love in memory of a great club member is a wonderful addition to the historic car fleet in Canberra. 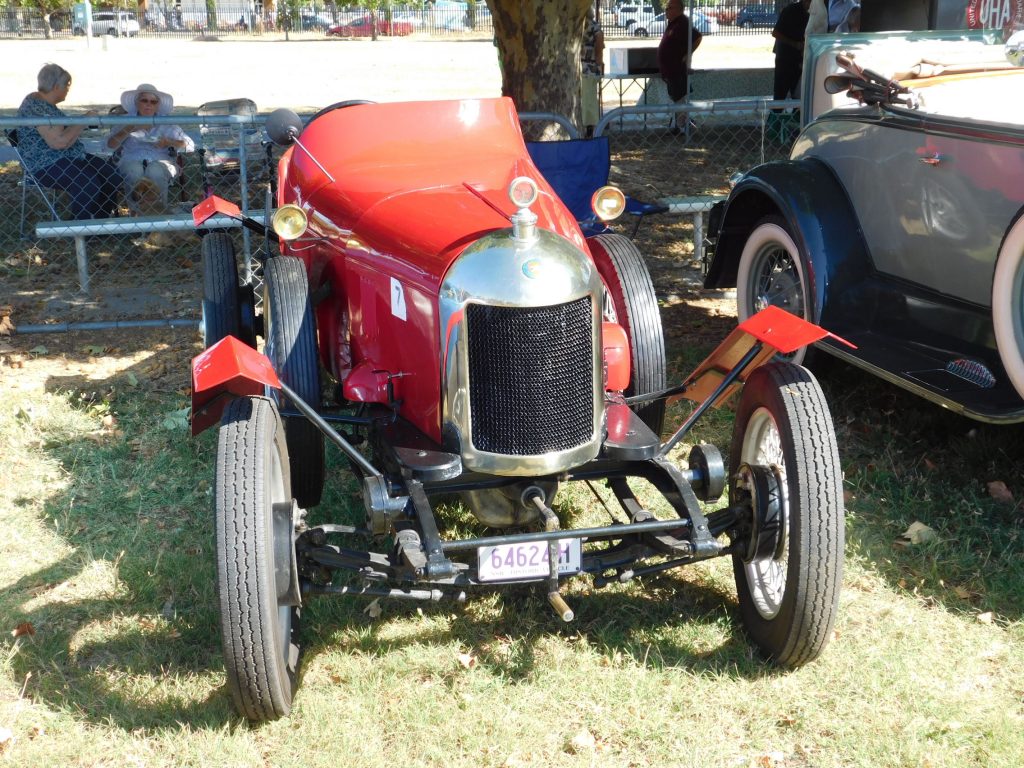 Based on an article written by Malcolm Robertson and published in the Sunday Canberra Times on 6 September 2009.
Also refer http://www.mgownersclub.co.uk/mg-old-number-one.html