CACMC on June 13th visited Honeysuckle Creek in Namadgi National Park – the site of the former NASA space communications base from where video of the historic first human steps on the moon were received and broadcast to the world on July 20 1969. CACMC member Graham Bigg, who was on duty at the station and witnessed the event, could point out the location of his workshop in the remains of the now-demolished buildings.

Club cars and barbecue trailer in front of the hill-top site of the Honeysuckle Creek space communications disk.

A big turnout of 30 vehicles and 43 people rolled up to the assembly point at Pine Island Reserve, on the Murrumbidgee River at Tuggeranong. Weather was sunny and bright after several rainy days.

The line-up included several cars that had not been seen for a while and many bonnets were raised. 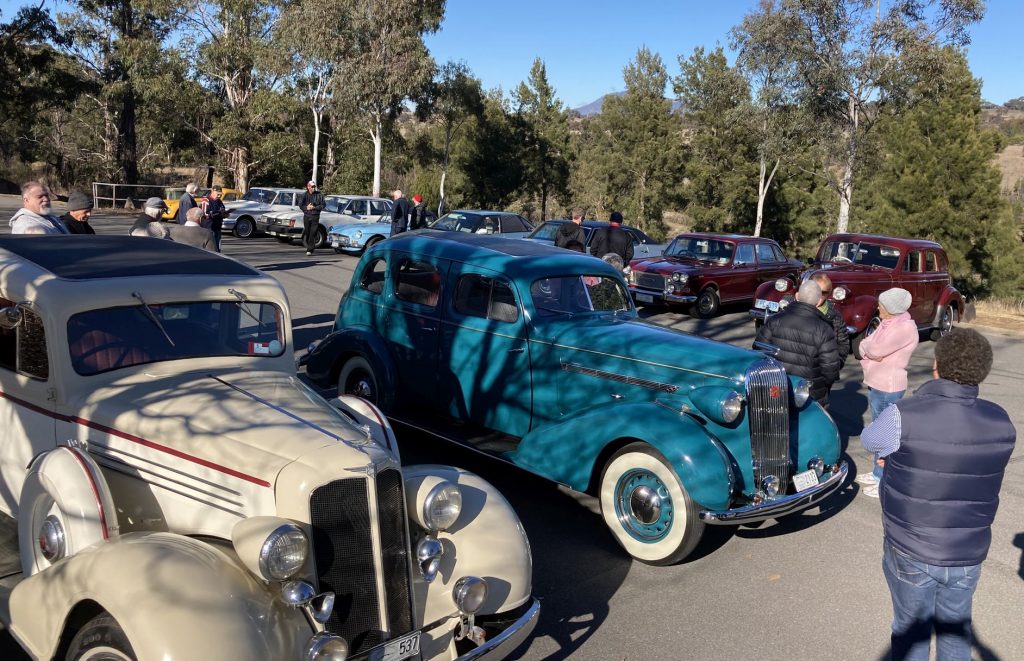 The Toole’s and the Butterfields’ 1930s Buicks, with Dino Benedetti’s ’39 Pontiac Chieftain behind

An orderly departure looked well, but fell apart when the front-runners found our low-level crossing of the Murrumbidgee at Point Hut had been closed overnight.  The Crossing was dry, but somebody had decided that rain higher up the Murrumbidgee posed a risk of flooding.  Most drivers found their own way forward to Namadgi via Lanyon rather than the planned route via Tidbinbilla road. 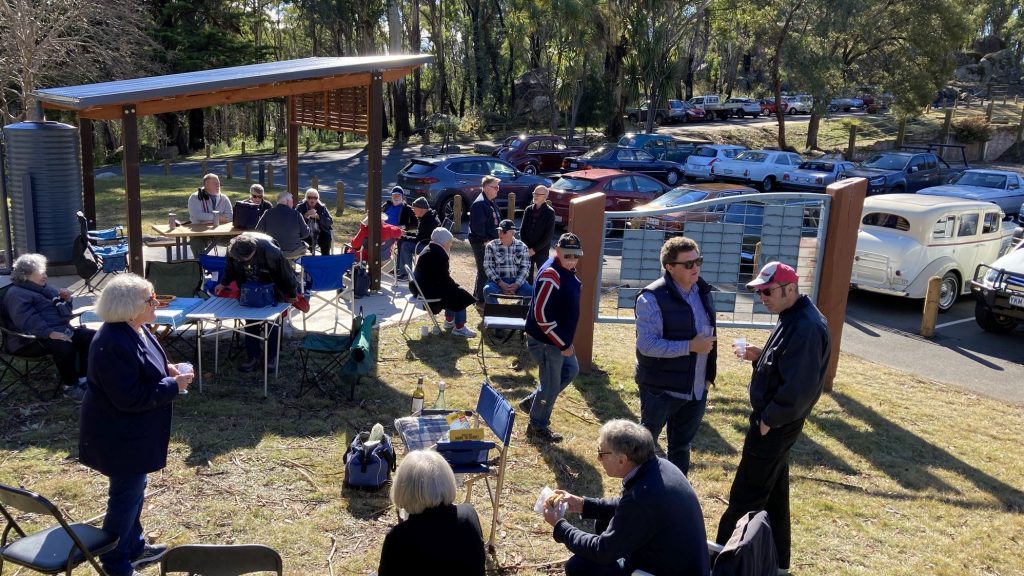 Honeysuckle Creek Campground picnic area is right on the site of the former NASA station, demolished years ago and recently reopened after the passage of the February 2020 bushfires.  There are a few steep pinches on Appollo Road up to the site, but all cars who attempted it came through painlessly.

We were glad to see several new members joining us for their first run event. The club barbecue trailer offered sausage sizzle and hot drinks as a foundation for picnic fare. Particular thanks to Howard Taylor for the towing, provisioning and operation of the trailer.