Our Capricorn Birdie Deluxe Caravan—Saved from the Grave

In 1950 Joe Postner decided that he had enough of living conditions in the Communist controlled Czechoslovakia and chose Australia for his new home. He arrived here with nothing but the princely sum of 5 pound in his pocket and the knowledge of his trade as a cabinet maker.

Joe’s first job in Australia was with Dick Thickens at Highway Caravans. After gaining valuable experience and knowledge of the caravan industry, in 1962 he and 3 of his Italian friends, Messrs. Piccioni, Palmarini and Kansi got together and founded the Capricorn Caravan. The business flourished and a move to bigger premises in Dandenong became necessary. When Mr Kansi decided to return to Europe, the other partners decided to go their separate ways and Mr Piccioni retained the firm’s name of Capricorn. Joe Postner later opened another factory at Moorabbin and manufactured Cambridge and Islander Caravans.

Maureen saw the Capricorn on Gumtree and liked it because it resembled the van we used on our Honeymoon. From the photos and description the van appeared fine for the $1500. So we purchased it. We collected it from Warrnambool (not exactly across the road!!). The seller lived in Portland and said he would deliver the van to his mate’s caravan park in Warrnambool to save us a few kilometres. We took 2 days to get there because we travelled along the Great Ocean Road to take in the sights and arrived in Warrnambool in the afternoon. The Proprietor of the caravan park knew nothing about the caravan nor the person who “dumped” it there, so he reported it to the Police as a dumped abandoned van (a very apt description).

We convinced the proprietor we had paid for the van (he had a “WHY” look on his face. Mind you, Maureen and I asked ourselves the same question when we looked inside the van. The Gumtree add said “12’6” Capricorn Caravan, 3 Berth with one Queen size bed and one single, Small kitchen with Fridge, Stove and Sink, Very Clean Condition for age, Roof has been sealed, does not leak, New Wheel Bearings and Light Truck Tyres, New Towing Lights, newly registered with 12 months Rego. Tows very well, Nice and light. Well you can’t let the truth get in the way of a good story, Hey!!

The van smelt putrid. We intended to sleep in it on the way home. Having parted with our money and the vendor having taken off, we had no option but to take it home. We hooked up and after rewiring the lights we were homeward bound. We were both furious and felt so stupid that we had trusted the honesty of the vendor. Well yes we were dumb to do it, and were upset we had been duped. Needless to say – it will not happen again.

The van was very light (only because all the original cupboards had been removed. Much to be said about creative photography in the ad).

We travelled along the highway and nearing Ballarat, I happened to look at the left mirror. Oh gosh! (cleaned up for the readers), the left side of the van appeared to be moving in and out. I immediately stopped to inspect what was going on. The bottom of the wall had detached itself from the chassis. What to do now? We decided to slowly drive on to Ballarat where we checked into a cabin at the caravan park. I went to Bunnings and purchased some angle brackets and tek-screws. Lucky I had my tools with me. I screwed the brackets to the floor and wall. Next morning we headed off and had an uneventful trip home. Unbeknown to us bits of timber from the lower van walls were leaving a trail along the highway. We arrived home and we parked the van in our backyard. I did not go near the damn thing for a month.

I removed the lower aluminium wall panel to reveal timber
leprosy in its most advanced form. I will now let the photos tell the rest of the story. Did we do the right thing restoring it? Yes and No!

Yes – because we saved a bit of caravanning history and are very pleased with the result and now can tow it behind one of our cars.

No – because it cost a good deal to do it. 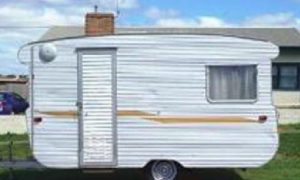 Looks ok as we purchased it but close
inspection shows many dents. 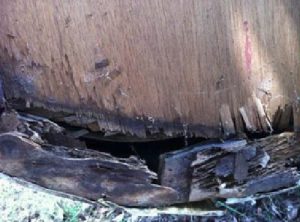 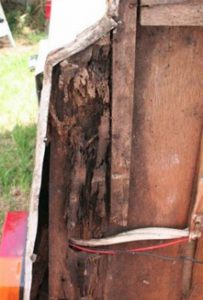 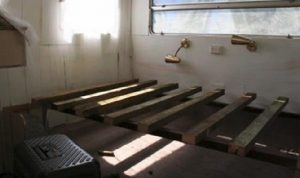 Ah! The Queen Size bed – you
have to be kidding!! 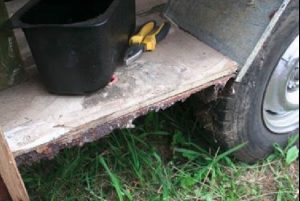 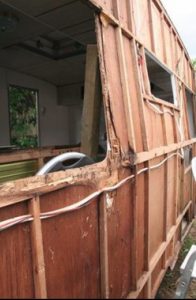 I wonder why the wall bowed out? I guess the
holes drilled through the frame for wiring had
something to do with it!! 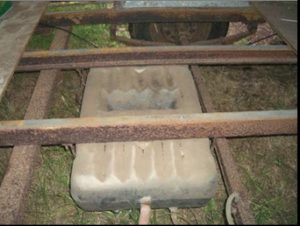 Chassis was in reasonable condition 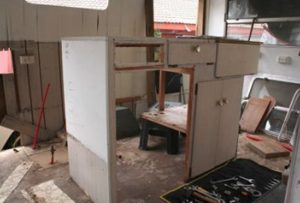 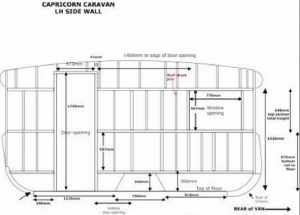 First thing I did was measure everything and draw up plans. 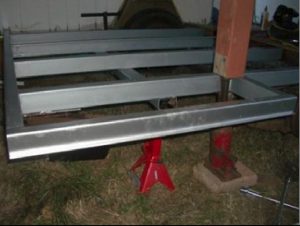 Chassis cleaned and painted and
new wall supports made and fitted. 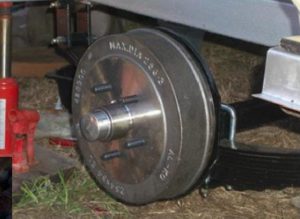 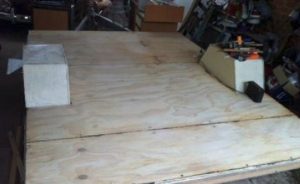 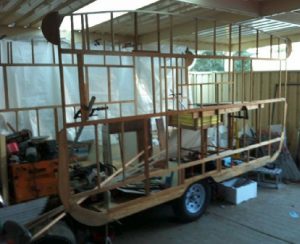 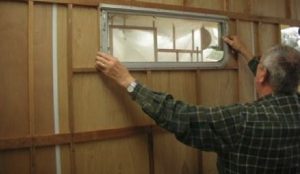 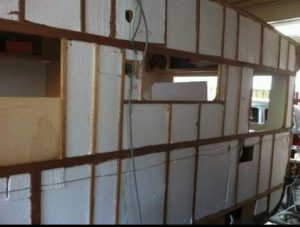 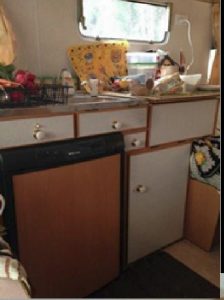 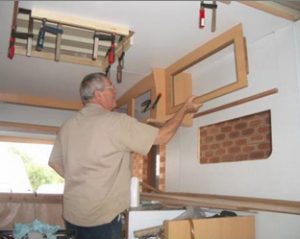 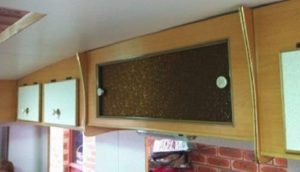 Now it is fully insulated!! By Maureen 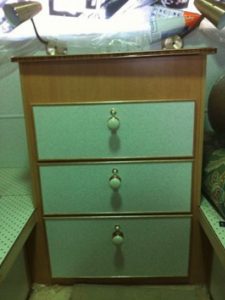 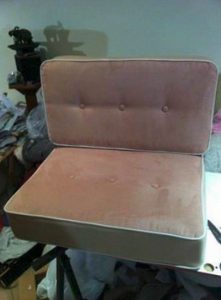 Cupboards rebuilt as original and seats made. 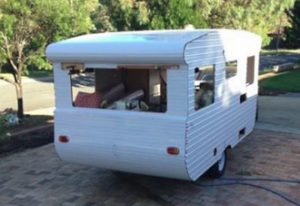 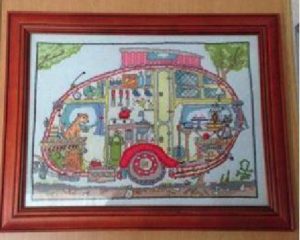 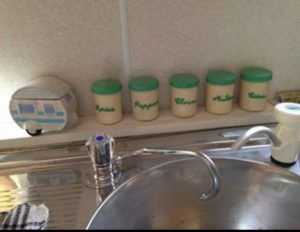 The lady’s touch by Maureen. 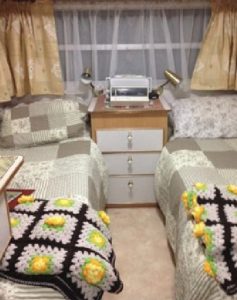 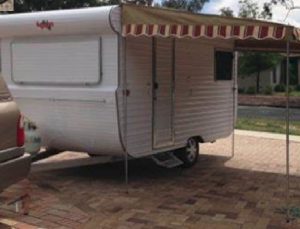 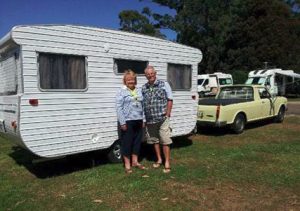 All finished, and our first outing behind our Austin 1800 utility.